The Tencor Instruments M-Gage™ 200  with the new Upgrade Kit from seller is a Sheet Resistance Measurement System.

The Tencor M-Gage 200 Sheet Resistance Measurement System   can accommodate 125mm (5”) wafers as well as the standard 2″, 3″, and 4″ wafers. 8 inch is available with special fixture.

Valid Time: Subject to prior sale

The Tencor Instruments M-Gage™ 300  with the new Upgrade Kit from seller is a Sheet Resistance Measurement System.

The Tencor M-Gage 300 Sheet Resistance Measurement System   can accommodate 125mm (5”) wafers as well as the standard 2″, 3″, and 4″ wafers. 8 inch is available with special fixture.

The  upgraded Tencor M-Gage 300 Sheet Resistance Measurement System  Instruments provides an easier way to operate and maintain this Sheet Resistance Measurement System. The upgraded system is controlled by a Pentium class PC computer running the seller’s new control software, and interacts with the user through a touch screen display. The computer permits the user to operate the machine manually or automatically through a recipe that is programmable by the user.

The new controller allows calibration of the ohm and milliohm measurements within the software. This provides a much easier and faster method to calibrate the upgraded system than by adjusting pots on the back of the Tencor M-Gage 300 Sheet Resistance Measurement System . 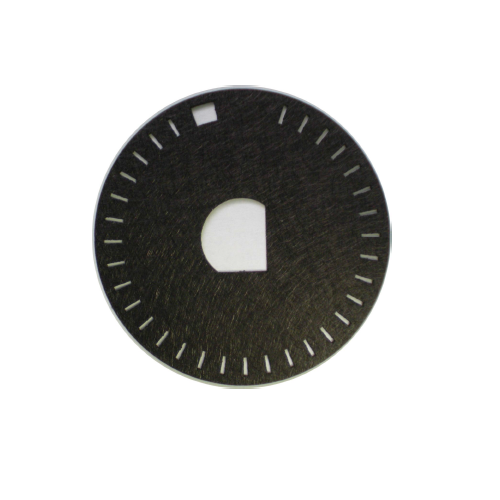 The new upgraded Tencor M-Gage 300 Sheet Resistance Measurement System  is controlled by menu commands from the control software. This software allows a great deal of flexibility and control of the new upgraded M-Gage™ Instruments.

l  Automated calibration of all subsystems from within the control software. This allows faster and easier calibration, leading to enhanced process results.

l  Recipe creation. It features a recipe editor to create and edit recipes to fully automate the processing of wafers on the upgraded system.

l  Validation of the recipe so improper points will be revealed.

l  Simple and easy to use menu screens which allow an automatic cycle to be easily defined and executed.

Wafers can be measured at a single point for greatest speed, or at multiple points for the most comprehensive analysis of wafer or film characteristics. In 5-point and 9-point measurements, data points are collected along two perpendicular; axes, as shown below.

The measurement sequence is programmed by a user defined recipe. The recipe specifies the point for measurement.

Note: It is not necessary to change the optical disk whenever the wafer size is changed or the number of measurement points is required. The optical disk in the upgraded M-gage  does not need to be changed.

The M-Gage has two modes of operation: Manual and Automatic. In Manual Mode the operator steps the wafer through the measurement sequence one point at a time, by pressing a single button. The resistance and the thickness of the measured points are displayed on the computer monitor.

In Automatic Mode the entire multi-point measurement sequence is initiated with the press of a button. The data output is recorded in the computer and can later be printed on a printer. Any serial printer having 20 or more columns can be used. See the following for a sample print-out.

The controls and indicators are the same as the standard Tencor m-gage, except the computer controls all movements and measurements.

Measurement Head – This houses the non-contact measurement system. Wafers pass between sensors in the upper and lower halves of the head. A gap between the halves allows clearance for wafers up to 1mm (40 mils) thick.

Wafer Carriage – The carriage moves the wafer under the measurement head, positioning it at each data point. It makes two passes under the head for multi-point (5-point, and 9-point) measurements.

l  The carriage is ready to accept a wafer when it is in the loading position (to the right of the measurement head).

head) when measurement is complete. The wafer can then be removed.

Power Switch (rear panel) – In the up position this switch turns on the power to the Tencor M-Gage 300 Sheet Resistance Measurement System . Allow 30 minutes warm-up time before making measurements. This switch may be left on indefinitely.

Computer Power Switch – This switch turns on the power to the computer and touch screen monitor.

Ω/mΩ Switch (rear of measurement head) – It is used to select units and range of sheet resistance measurements.

off for Manual Mode.

Computer Monitor – The computer monitor is the user interface to the new upgraded M-Gage™ Instruments. While making measurements, it shows Sheet Resistance in ohms/square or milliohms/square, as selected by the switch on the rear of the measurement head, as well as thickness.

Turn on the power to the m-gage and the computer. Allow 30 minutes for warming up.

platform that rotates the wafer.To assure that the wafer is properly centered, align the major flat with the direction of carriage motion.

2)        Press the MAN/AUTO button so the LED is off. This indicates the m-gage is inmanual mode.

3)        Momentarily press the START/STANDBY button. The carriage will move the waferunder the measurement head to the first point in the measurement sequence. The sheet resistance and the thickness of the measured point will be displayed on the computer monitor.

Carefully remove the wafer from the carriage.

2)        Make sure the MAN/AUTO LED is on. Press the MAN/AUTO button on theM-Gage control panel until the LED comes on.

3)        Press the START/STANDBY button. The entire measurement sequence will beperformed without further operator intervention. When the sequence is complete, thewafer will be moved to the unloading position. The wafer will pass under the head two times. After the first pass it will be returned to the starting position, rotated 90°, and then carried under the head a second time.

All the Tencor M-Gage 200 Sheet Resistance Measurement System   trademarks belongs to KLA-Tencor  which was formed in April 1997 through the merger of KLA Instruments (KLA) and Tencor Instruments (Tencor), two long-time leaders in the semiconductor equipment and yield management system industry. , the original equipment manufacturer. All rights reserved.